Composer John Carbon has received wide acclaim for his original yet communicative musical voice, with works that are characterized by melodic richness, poetic expression and an original tonality. 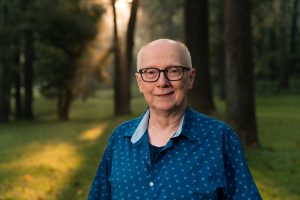 John Carbon studied composition at Rice University and at the University of California, Santa Barbara, where his teachers were Thea Musgrave, Paul Cooper, and Peter Racine Fricker. With a catalogue of works which includes three full-length operas, Marie Laveau, Benjamin, and Disappearing Act, along with over 70 choral, orchestral, vocal, and chamber works, Carbon’s music continues to gain prominence due to an increasing number of high-profile performances and recordings. John Carbon has a special flair for the virtuosity and drama needed for concertos and has completed works in this genre for clarinet, violin, viola, piano, and double bass.

Carbon’s work has been performed throughout the US and internationally, including performances in New York’s Merkin Concert Hall, Carnegie Hall and Avery Fisher and Alice Tully Halls at Lincoln Center, Boston’s Symphony Hall and Prague’s Smetana Hall. Recent performances of John Carbon’s music have been presented in Stockholm, Beijing and Salzburg. His works have also been heard at the Bulgarian Embassy in Washington D.C., played by Trio Clavino, and in New York City at Hunter College, performed by pianist Steven Graff. In 2015, Lancaster Choral Society and Lancaster Symphony in collaboration with Franklin & Marshall College Chorus members presented the premiere of a new oratorio, “Soldiers of Remembrance” (libretto by Sarah White) and in 2016, Todd Sullivan and the Allegro Chamber Orchestra presented a new work for viola and orchestra, “Harlequinade”, and most recently, clarinetist Doris Hall-Gulati has given the premiere of his “Three Fantasy Pieces” for bass clarinet and piano.

Recordings of Carbon’s music include his Violin Concerto, released on Three American Concertos (MMC 2059) performed by violinist Peter Zazofsky with Gerhardt Zimmermann conducting the Warsaw National Philharmonic Orchestra;  The Clarinet Concerto, in a spectacular and highly-acclaimed performance with soloist Richard Stoltzman on MMC 2031 with the Warsaw Philharmonic, and Notturno for Trumpet, Harp, and Strings, performed by Gerard Schwarz (with Jeff Silberschlag on trumpet) and the Seattle Symphony on Delos, as well as numerous other recordings. His latest recording, Astro Dogs & Other Piano Works (2021), features music for solo piano performed by pianist Steven Graff.